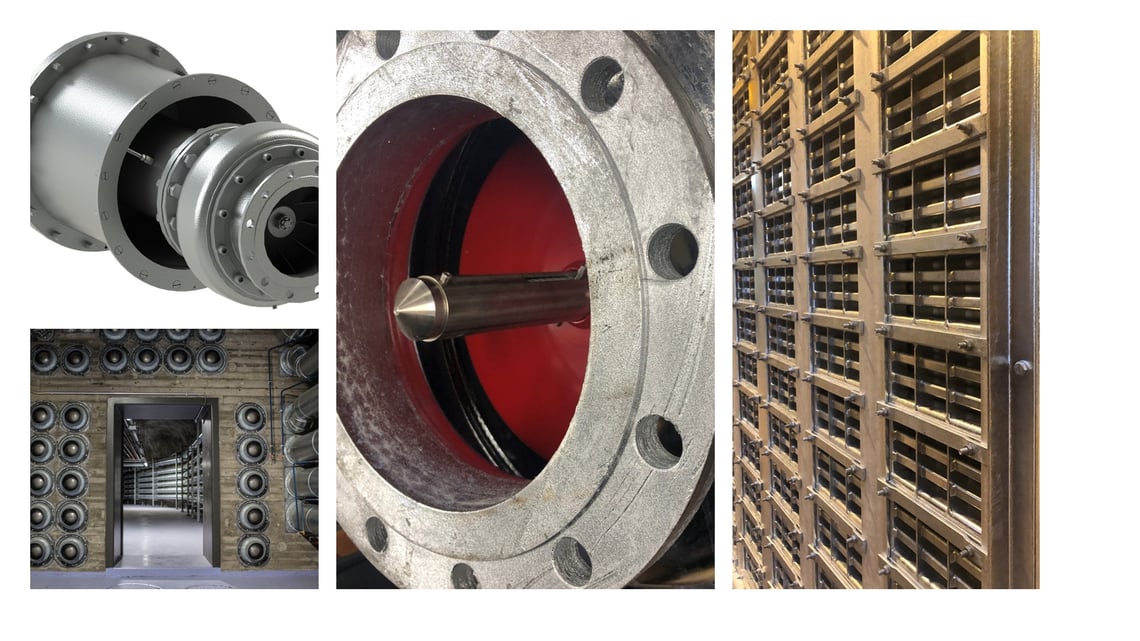 Temet blast valves are specifically designed to protect the internal space of shelters and other types of protective structures for the safety of people and equipment from the destructive blast wave created by explosions. Temet’s blast valves are commonly used as part of the ventilation / air handling systems to allow free passage of air into and out of the protected area in both normal and emergency conditions. In case of a blast, the self-actuated valve will automatically close and prevent the blast wave from entering the protected area. Our blast valves are designed as double-action (to protect from both positive and negative phases of the blast) self-actuated (operating automatically in case of blast) valves.

Temet offers a variety of blast valves for different airflows, space and blast protection ratings (ranging from 1 to 100 bar).

The PSV series of Blast Valves are designed to provide the highest blast protection while allowing very high airflow. PSV series blast valves are used as air intake and exhaust valves in civil defense or government shelters as well as special applications that require high level protection from destructive blast waves. The PSV valves are specially designed to provide high airflow capacity, which allows for minimization of the wall space requirements. Various models, sizes, and installation options are available to fit almost any shelter design. 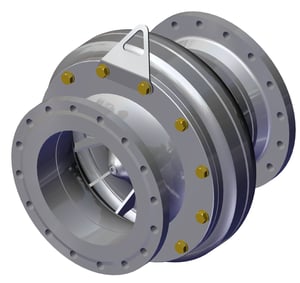 PV-KK blast valves are used as air intake and exhaust valves in civil defense and blast-protected industrial facilities (oil refineries, nuclear power plants and more) for protection of internal spaces from destructive blast waves both in the positive and negative phases. The valve is self-operated and has a low pressure drop, which allows easy pass of the air through the valve. The PV-KK blast valves are designed as blocks which allows for installing the valve as a single block or in larger assemblies (“blast wall”) of dozens or even hundreds of blocks. The PV-KK can be made of acid proof stainless steel or hot dip galvanized structural steel. Various models, sizes, and installation options are available to fit almost any shelter design, including an Overpressure Blast Valve version (YV-KK).

Various models are available including ESV-OV (with over pressure valve, model: YV-200-ESV), ESV-PF (with pre-filter for air inlets, model: ESIS-ESV), ESV-SP (with additional splinter plate protection, model: SS-ESIS) and others. 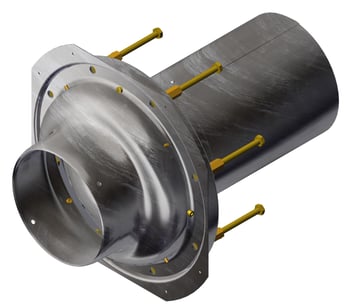 Temet’s PVD series of blast valves are used as exhaust blast valves in civil defence and operative shelters. They are specifically designed for use in diesel engine exhaust systems or any other applications involving hot and corrosive gases. Various models, sizes, and installation options are available to fit almost any shelter design.

The PVD blast valves is also available in a High-Temperature version which is specifically designed for operation in high-temperatures of up to 650 degrees Celsius. For information, press here.

PVD-VP series of exhaust blast valves are specifically designed for protection of vent pipes of sanitary systems and fuel or water tanks in civil defense and operational shelters. These valves are designed and tested to withstand multiple long-duration blast loads. The PVD blast valves series are for exhaust only. Various models, sizes, and installation options are available to fit almost any shelter design.

Our experts at your service

Your current browser is not supported

To continue using our site please upgrade to the latest version of Chrome, Firefox or Microsoft Edge.